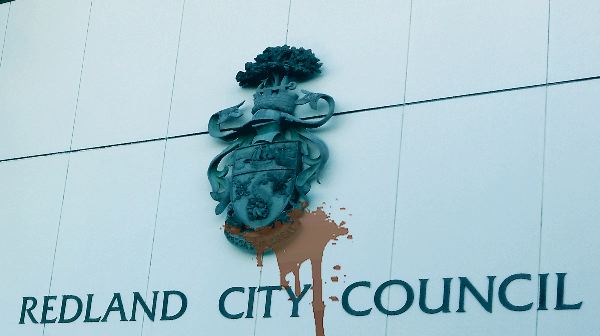 Q: Why has Williams had to absent herself from the Council Chambers on over 30 occasions in the past 4 years when Council have been reviewing development proposals?

A: Companies with interests in fostering development in the Redlands backed Williams in her 2012 and 2016 election campaign to further their aims. If Williams had stayed in the Chamber and was involved in the discussion on the occasions when Council were reviewing her sponsor’s projects, she would have attracted the attention of the Crime and Corruption Commission.

Q: In regard to planning for the Redlands, has its character, lifestyle and environment been maintained over the past 4 years?

A: The only thing that has been maintained is the ‘anything goes’ approach by Council to local development over the past four years which has resulted in some very poor development outcomes. The community needs to have a much greater say in the draft City Plan. This important 25-year blueprint, which will be approved by the next Council, must go back to the drawing board if we are to maintain the Redlands’ features we treasure. Mayoral candidate, Greg Underwood has said this will happen if he’s elected. There is no indication of this happening if Williams is returned.

Q: Have we had open and accountable decision-making in Council?

A: Normal Council processes have often been ignored. There have been many secret, closed door meetings. Like the one a day before last Christmas which resulted in a $116 million infrastructure deal between council and the Walker Group. Also the much condemned and premature infrastructure cost-sharing of the $1.39 billion Toondah Harbour redevelopment.

Q: Why is it that some Councillors are excluded from some workshops and working groups by Williams?

A: To maintain her power, Williams needs people to remain in ignorance. By obstructing possible opponents from accessing vital information, informed decision-making cannot take place. It’s an effective ploy to get your own way on issues.

Q: Has Mayor Williams shown due consideration for the Moreton Bay Marine Park?

A: The Toondah Harbour proposal includes 10 story buildings, 3,600 units and a 400 berth marina. This huge land reclamation will destroy over 60 hectares of marine habitat. Top marine scientist says the dredging spoil will damage Moreton Bay’s unique coral species and impact on the bay’s fisheries, its turtle, dugong and endangered shorebirds.

Q: Has Mayor Williams consulted with experts in the field, listened to the community and taken heed of the science.

A: No, no and no. Williams has ignored the recommendations of a 2 day workshop in 2014 when a team of planning and marine specialists demonstrated that the Straddie departure point should be relocated to the western side of Cleveland Point. This workshop also comprised of many community members who endorsed this proposal.

Also, just last month, the State Government Planning Information and Forecasting Unit, revised their population projections for SE Qld. Redlands figures have been reduced by 18,000. Yet Toondah and Shoreline totals alone are estimated at 20,000 residents and these developments were not included in these original State forecasts. There has been no talk by Williams that she will change course on either issue.

Q: What comments have we had from planning professionals about Williams’ Toondah Harbour Priority Development Area (PDA) proposal?

A: Brit Anderson, Emeritus Professor of Architecture and Planning, at the University of Queensland, said:

“The Toondah Harbour PDA represents a grossly oversized and inappropriate project on a sensitive site. The implications are seriously problematic on many levels including the environmental, technical, social and architectural, with unknown future costs for the Redland City Council.”

*Shane Thompson, President of the Australian Institute of Architects. (He did the RNA development plan and Athletes Village at the London Olympics).

“This is a very poor quality piece of work and unworthy of the professionalism that should be expected and available in this part of the world.”

Q: Why is all this dysfunction and dishonesty happening?

A: Once you have accepted funds from developers to finance your campaign, it is not easy to go against the developer’s wishes when their development assessments comes up for approval. Especially when an election is getting close. Also it’s not uncommon for leadership that lacks integrity to be also lacking in clear priorities and good ideas. A development monoculture deprives the intellectual ecosystem of innovation.

Greg’s right; it all comes down to a question of transparency, priorities and ideas.

Q: What can be done about it?

A: Click on following link to see Council Candidates and Mayoral candidate who haven’t been captured by big business interests …