There are very good reasons to maintain our support for Councillor Ogilvie.

Take a look at the seven biggest challenges that Redland City Council face over the next term, and you’ll see that six of them are in Ogilvie’s Division Two:

I contend that the only issue of equal magnitude faced by any other Division, would be that from the Shoreline over-development.

Hence I think it vital that Councillor Craig Ogilvie, should be re-elected. He is far more familiar with the above issues, and those affected by these issues, than any other person. Councillor Ogilvie also has represented Division Two admirably for three terms. 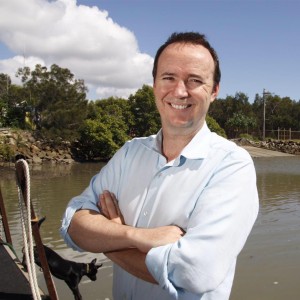 Moreover, everyone agrees that the biggest challenge Redland City Council faces – as a whole – in forthcoming election is developer influenced decision-making by a certain clique. Craig Ogilvie has been the Councillor that has taken this fight to the Williams team more than any other Councillor on this issue. And that’s why Mayor Williams and her cohorts want Councillor Ogilvie out of the way.

There is absolutely no reason why voters in Division two should be changing their allegiance to Councillor Ogilvie. I urge you to vote 1 Craig Ogilvie and vote 2 Tom Taranto.

Oh what a beat-up!  Front page of the Sunday Mail?  They must have been short of news!

Or is it just that sex sells newspapers? 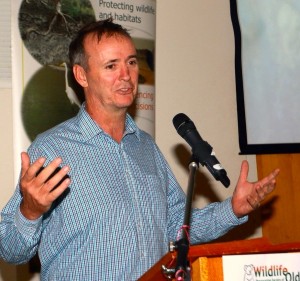 Other stats back this up:

These “revelations” about Craig Ogilvie are similar to that time Kevin Rudd was found visiting a strip club, when the response was: “Oh that’s good – he is a normal guy after all!”

Having such material on a device that is used only by Councillor Ogilvie himself is neither improper or illegal, irrespective of who owns the device. And it’s expected that people with work-supplied devices will use them for private reasons. What do we expect them to do – cart round two mobile phones and two laptops everywhere they go? Nor should they feel constantly threatened that their work supplied devices could be seized and their private life scrutinized and made public.

Suggestions that these devices “contained material inappropriate for a workplace” is nonsense as the material could only be accessed by Ogilvie himself. Suggestions that he covertly took photos of women at the beach had been dismissed by police well ahead of publication.

Craig Ogilvie is a single guy and people have sex lives, for heaven’s sake – what’s new about that? And, above all, Sunday Mail – what’s newsworthy about that?

The only expository spotlight that needs to be shone here is on the Sunday Mail’s ethical and journalistic standards.

Devoid of ideas, all Williams and her team can do is leak scuttlebutt and smear to the media about the opposition. Which goes to confirm that:

Those with ideas innovate, those without denigrate.

If people want stories about sex, on our website they can find out how the sex lives of thousands of marine creatures and endangered shorebirds will be impacted by the 60 hectare land reclamation proposed in order to build 3,600 units in the Toondah Harbour redevelopment.

For more information on the challenges facing the Redlands, the costs and consequences of developer-backed Councillors along with the opportunities being missed, visit our website which is committed to restore a decision-making ethic to the Redland City Council.